The Cambodian Cup or its more international name, the "Hun Sen Cup", was founded in 2007 when it was organized by Football Federation of Cambodia (FFC). Hun Sen Cup is the first Cambodian football cup knock out that has special rule with no foreigner player allowed. Since 2016, this football competition administered by the CNCC, constitutes the highest level of football competition in Cambodia with the final stage that will always play with the team of Cambodian League 1. It brings together the provincial level clubs and professional football club who face each other twice during the competition, at home and away, the title of Winer of Cambodia Cup . The season usually runs from February to October, the Hun Sen Cup 2021 is currently being played.

Challenge of the competition

Promote to the Cambodian League 1.

We can qualify the clubs of this league 1 as professional. From its salaries, 2 to 10 times the average monthly income per capita (+ - $ 120), depending on the level of players and clubs, from the infrastructure, number and quality of workouts.

Unlike the C-League, no foreigner player is allowed to play in Cambodian Cup. All cup can only put their Cambodian Player nationality to play.

The purpose of this policy is to encourage countries to develop their national talents, to invest in football academies, training centers for young people, instead of buying expensive foreign players.

Names Of the Cup

What are the other names given to the Cambodia Football Cup?

History of the competition

Foundation of the CUP

Founded in 2007, this very first year of competition saw the coronation of the "Khemara Keila" team. 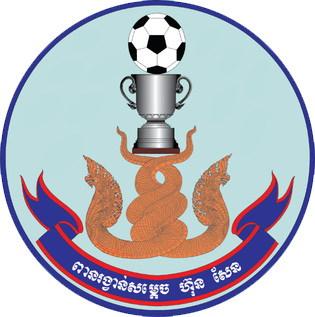 Since 2007, Hun Sen Cup logo remain same has appeared on the official logo, named after the Prime Minister Hun Sen.

Lists of the most successful Cambodian clubs since 2007.

Prize money in USD and riel