This news is brought to you by cambodianfootball.com

The Cambodian Premier League 2021 is restarting this weekend!

This Saturday afternoon of May 8, 2021, via internet, the CNCC, National Committee of Cambodian Football Competitions held a very important meeting with the 13 football clubs in order to determine the new schedule of dates and times of matches of the current Cambodian League 1 championship. As a reminder, the competition had to be suspended after the last matches played on Wednesday April 7, 2021 due to health measures due to the COVID-19 crisis. Saturday May 15 and Sunday May 16, 2021 after a little more than a month of interruption, without any official competition, will give us an idea of ​​the physical condition of some Cambodian teams. A goal swallowing in some matches to be expected? 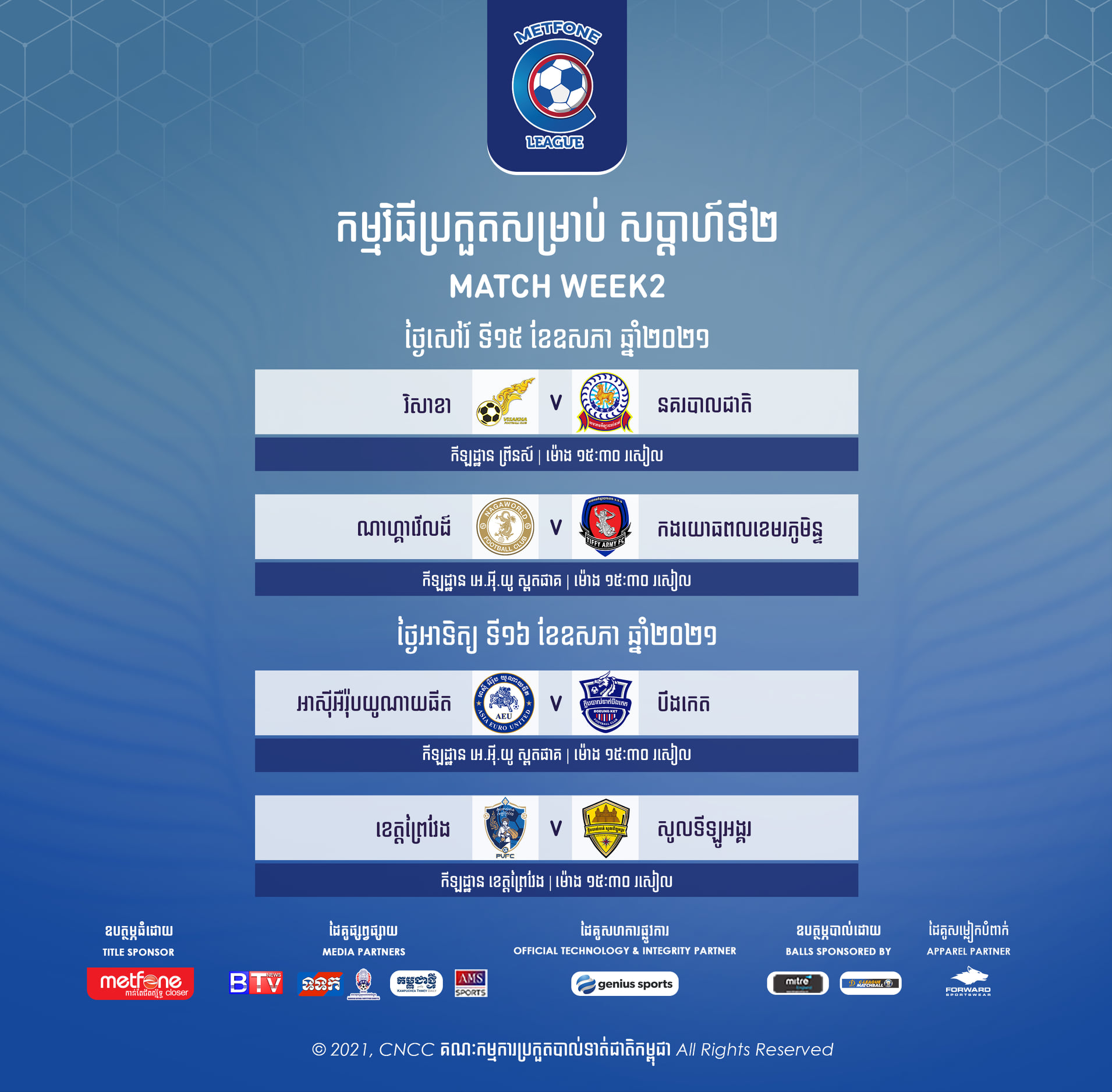 The calendar update of the matches of Metfone Cambodian League restarts the championship on a second official week of competition on the weekend of 05/15/2021 and 16 / 05/2021.

See you on Saturday May 15, 2021, follow the Visakha vs Police Commissary match via the live broadcast of TV BTV NEWs, TVK, KAMPUCHEA THMEY DAILY, AMS SPORTs and CNCC Facebook

During this long forced truce from COVID-19, this is an opportunity to take a look at the current standings of the C-League 2021.

First observation: almost all teams have a different number of games played, ranging from four games for some club to one game for others. We must therefore take a step back, before drawing conclusions too quickly, too few matches have been played by some clubs